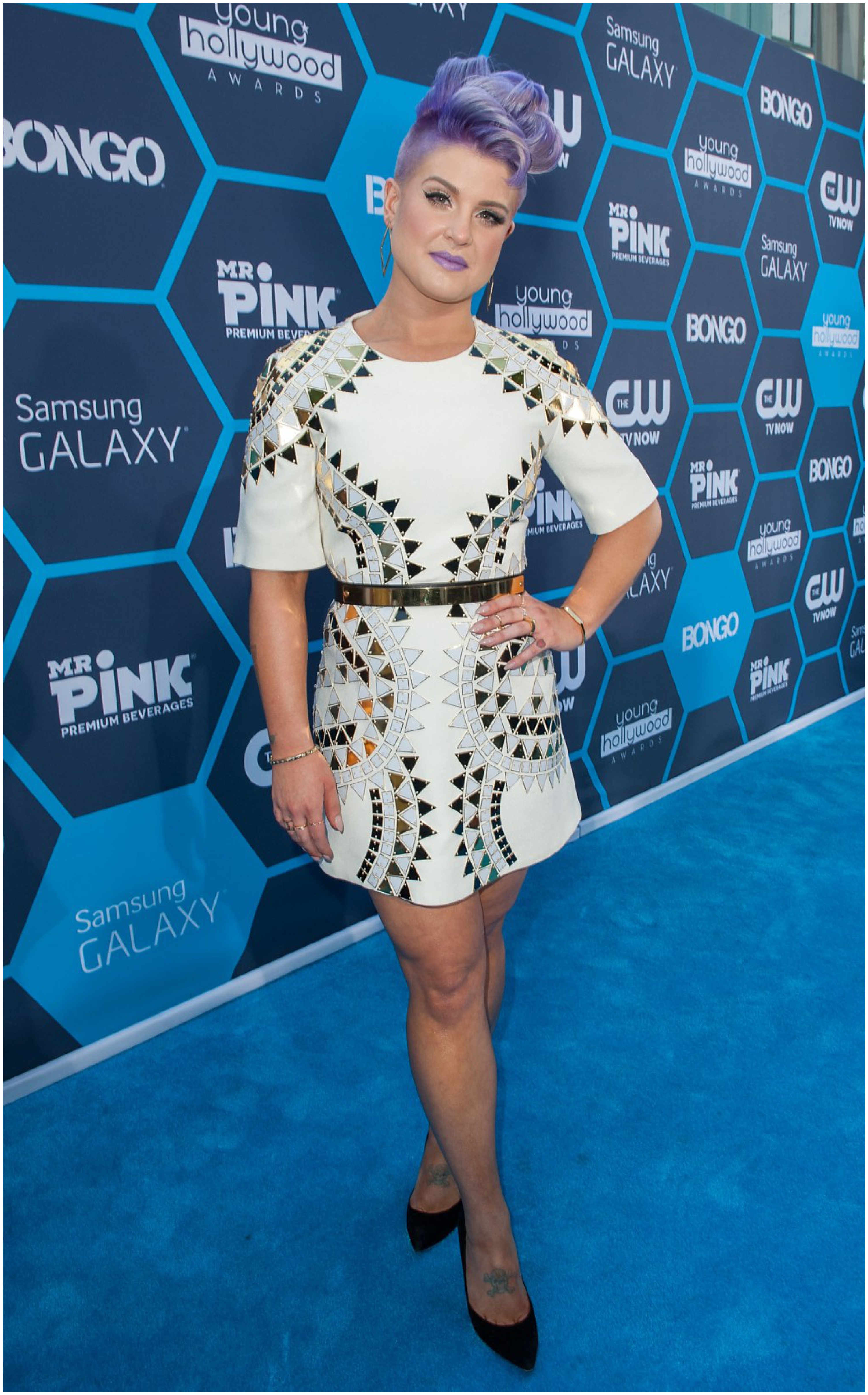 Well its been a while since I covered some awards, and with all of you currently attending weddings and special events this summer its only right that I give you some inspiration for your wardrobe. Earlier this week the brightest young stars attended the 16th annual Young Hollywood Awards considered to be the  ‘Oscars’ for Young Hollywood.” Kelly Osbourne hosted the event and with four outfit changes I chose the one she arrived in (above) to show  to you. This futuristic white ‘Adda’ dress featuring a metallic patchwork design comes from Dodo Baror’s Spring 2015 collection.  To shop for geometric patterns  take a look at one of these. 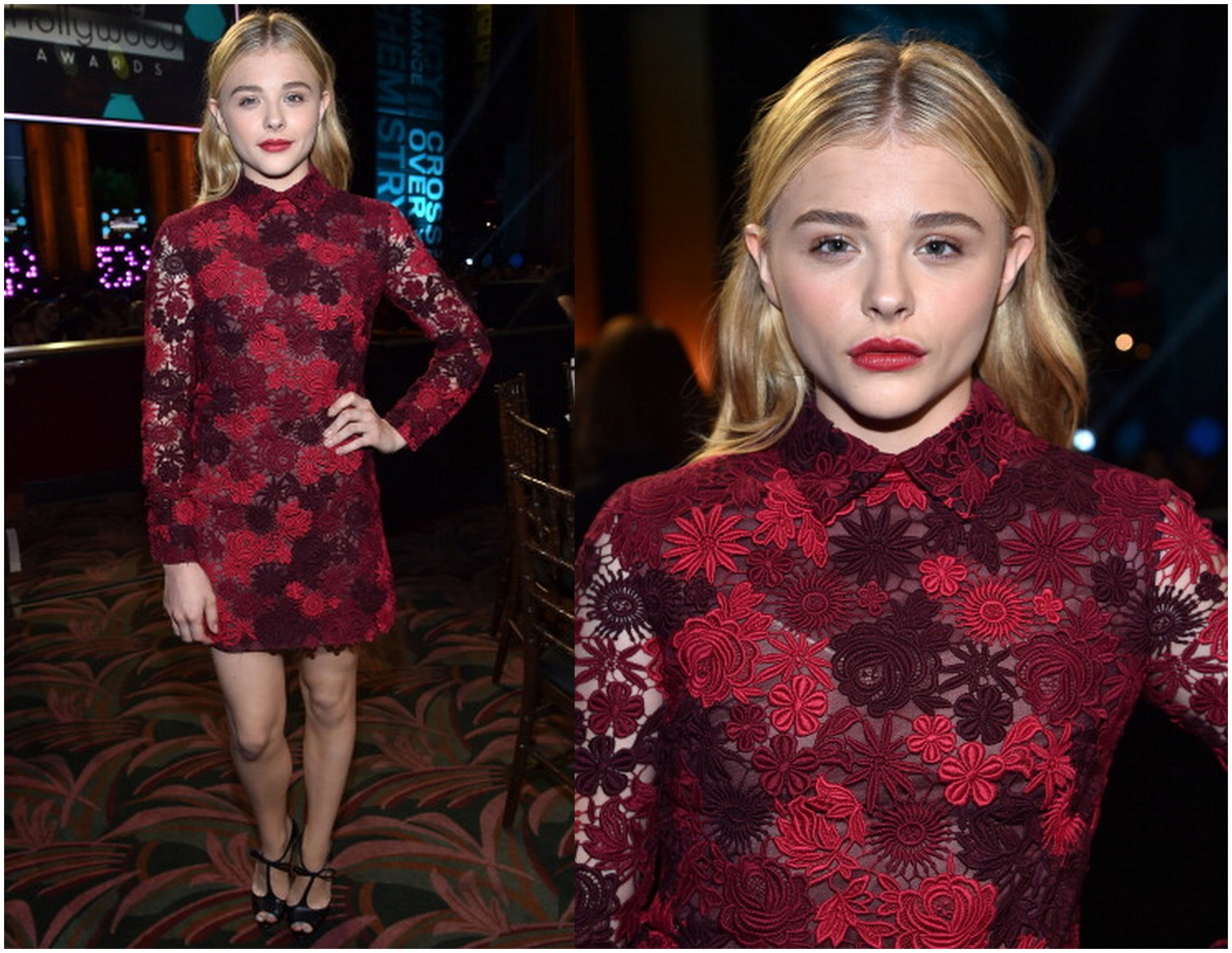 Looking at the winners, the top gong of the night went to teen movie star Chloe Grace Moretz, famous for appearance in films like Diary of a Wimpy kid and Kick Ass. She wore a gorgeous floral macrame dress by Valentino. To shop similar macrame dresses take a look here. 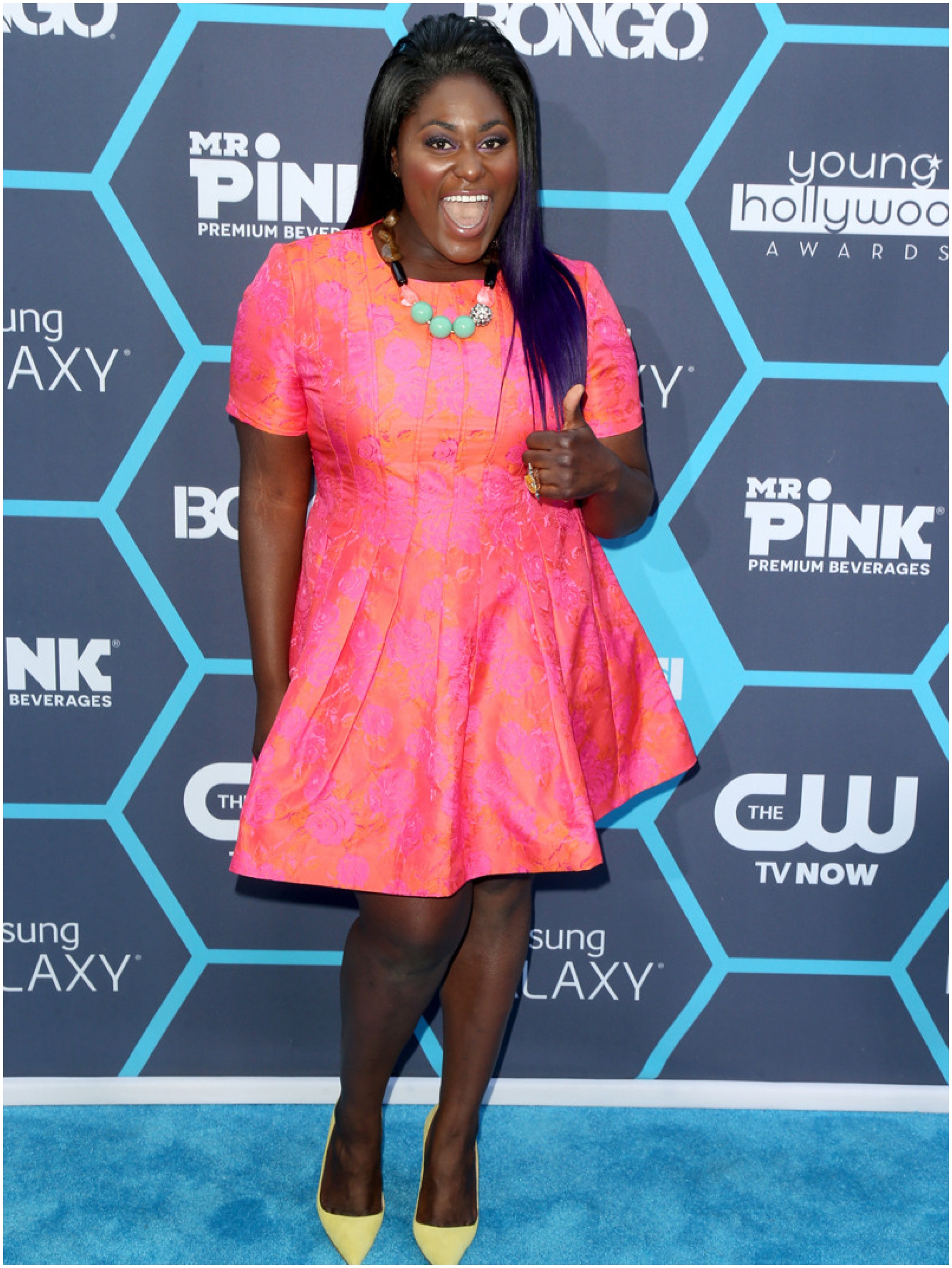 Another big winner was the TV show Orange Is The New Black – the Netflix TV series  in which Danielle Brooks received a gong for Breakthrough Actress she wore a floral jacquard skater dress which you can get from Asos in a variety of colours. 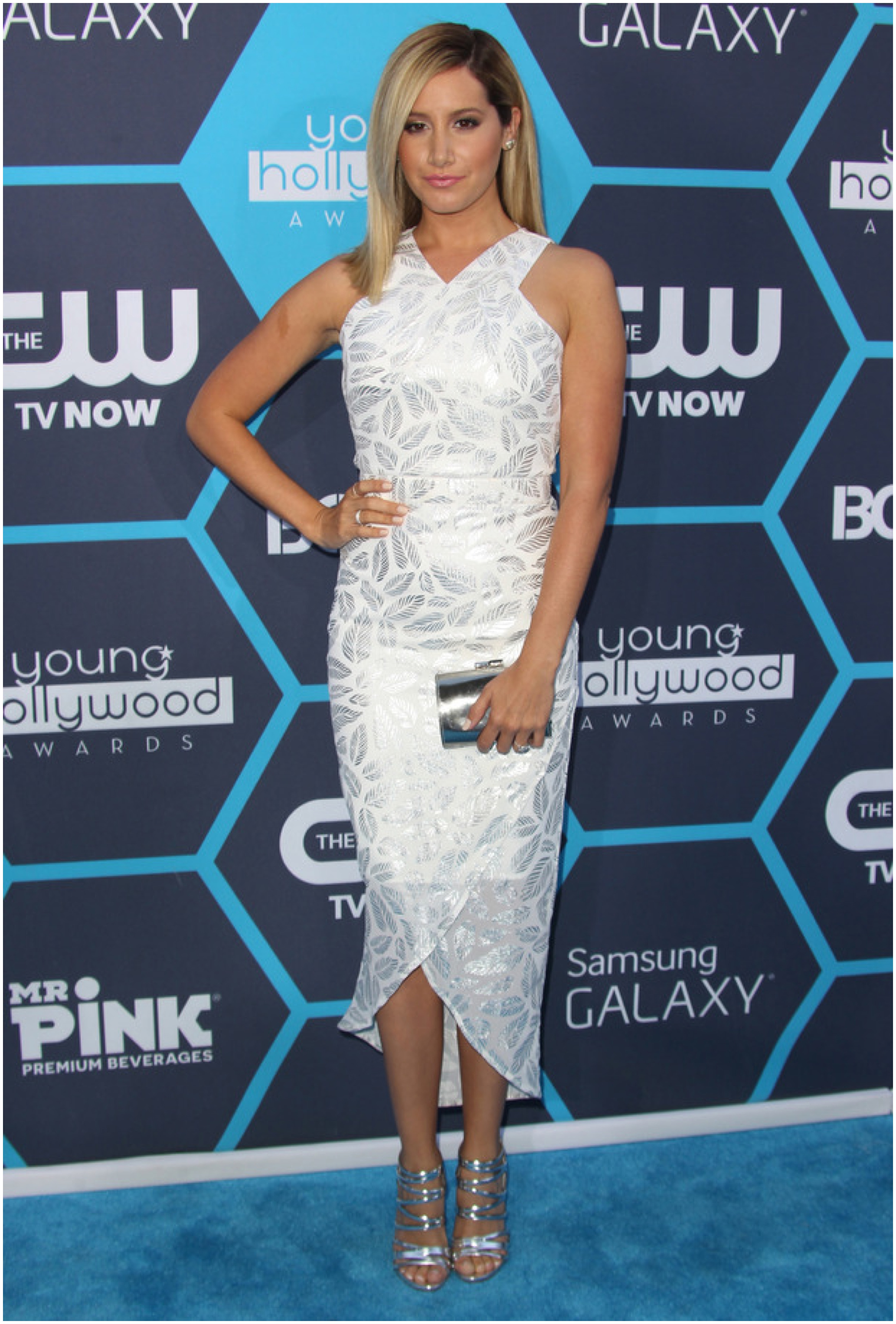 High School musical star Ashley Tisdale won the Social Media Superstar  and she wore a gorgeous leaf print dress from Virgos Lounge’s  v label. The ‘Primrose’ dress made from a lightweight poly fabric is a real steal. For other leaf print dresses head here for inspiration. 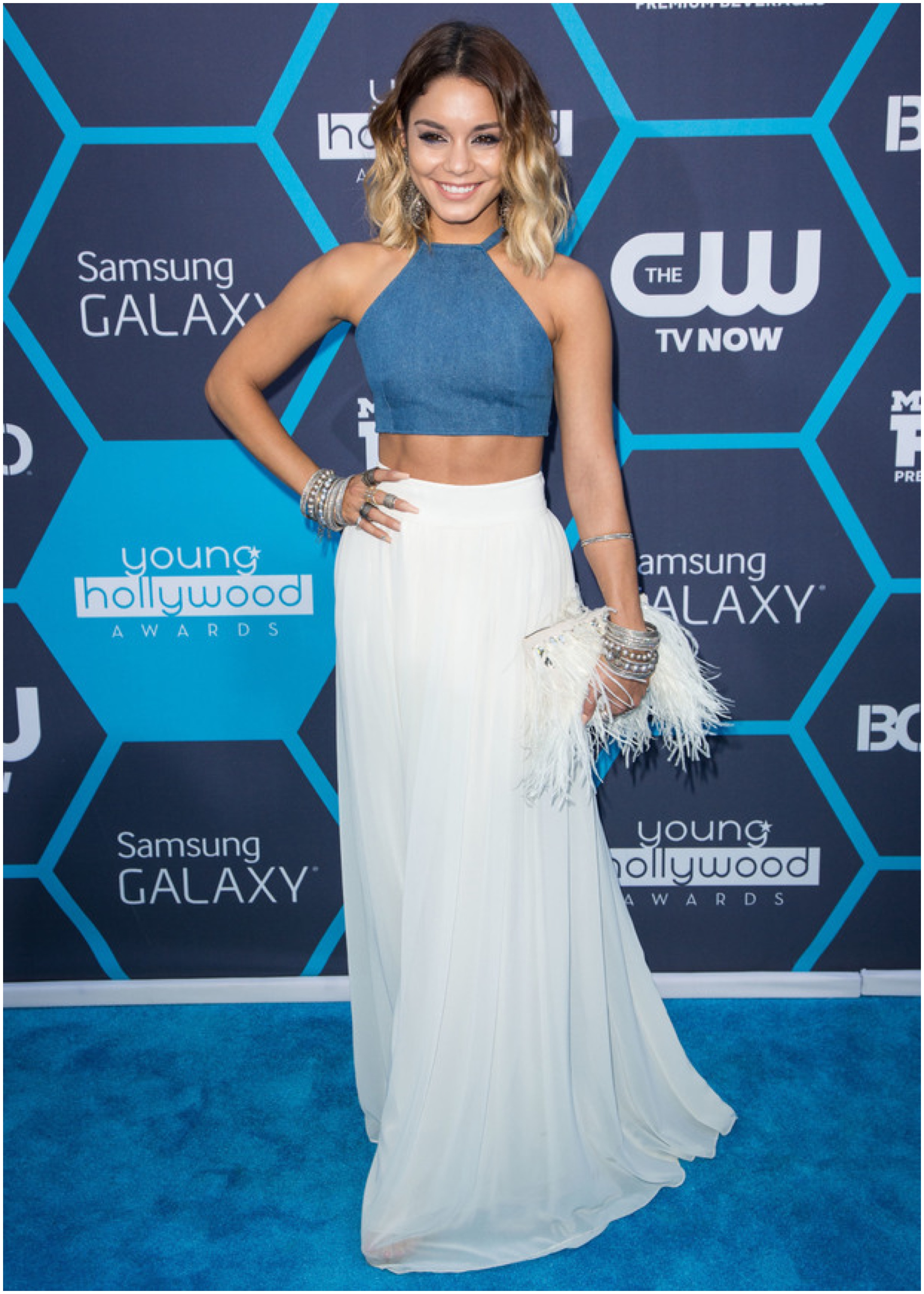 Finally for a fun look how about Vanessa Hudgens outfit she wore to collect her trendsetter award for all those fabulous Bongo Ads. She obviously wore a Bongo top and paired it with a Badgely Mischka pants. Create the look with this skirt and this top.
Credits: Getty Images, Daily Mail