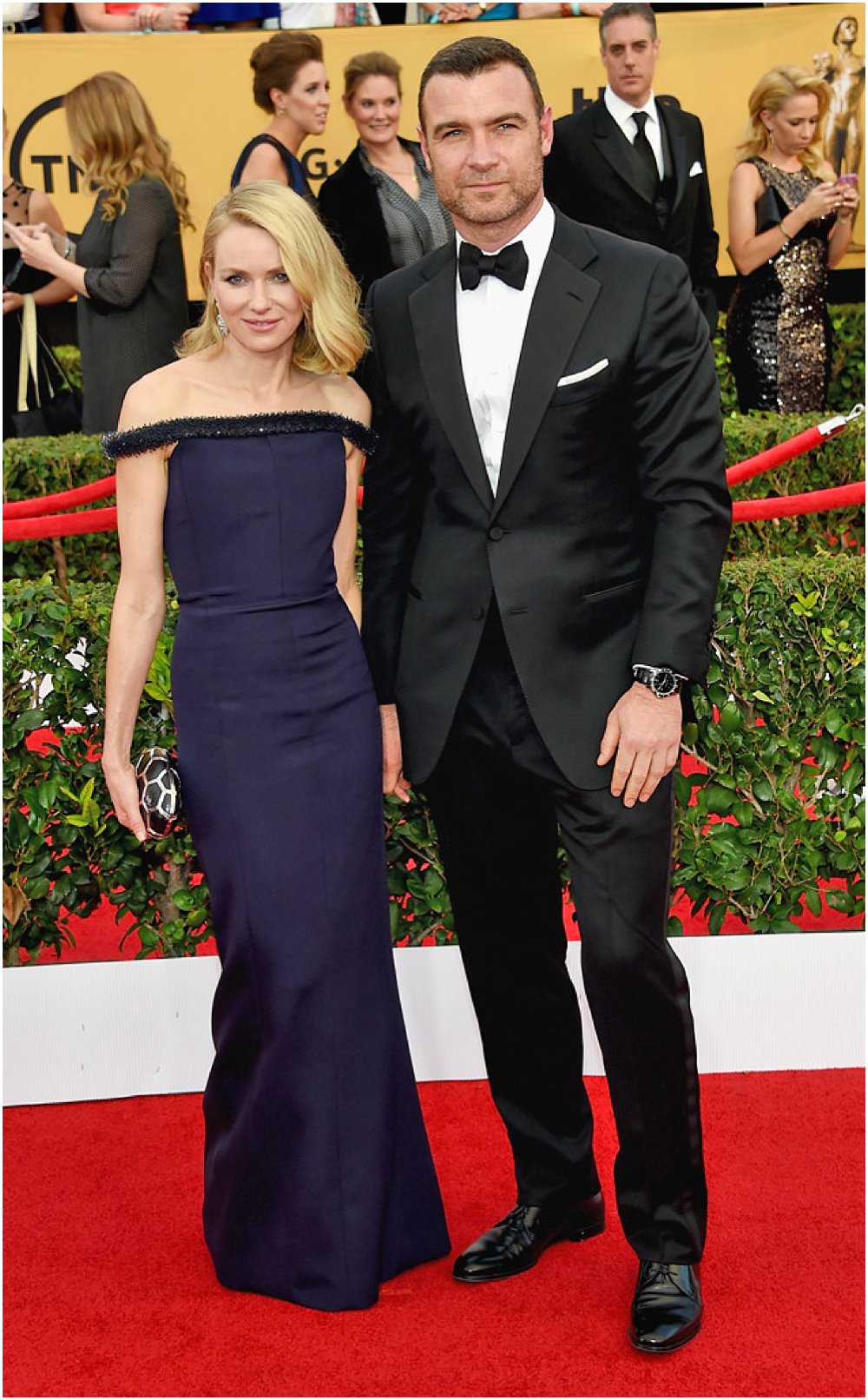 Hello lovely readers, as always I like to mix it up a bit so for this bridal Tuesday I want to inspire all those men out there shopping for something special or for the ladies who shop for them. As the Screen Actors Guild Awards (SAG) was the most recent red carpet event honouring film and television achievement this is a great opportunity to highlight the looks that caught my eye.

If you like a tux like I do then the Ray Donovan star above Liev Schreiber wore it best in a Tom Ford tux, as there is nothing better than a traditional black dinnersuit. 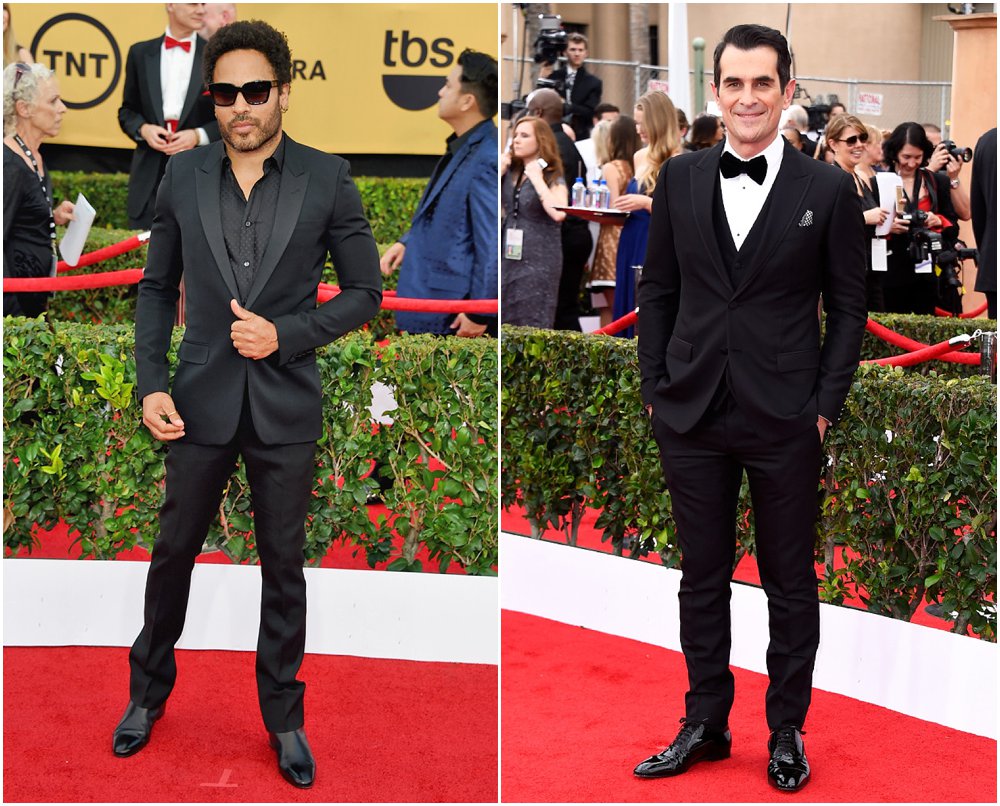 If however you want to dress the tux down slightly you can follow Lenny Kravitz (on the left)  who ditched the tie, to show off another all-black tuxedo and undershirt with a pair of shades. Whilst Ty Burrell (on the right) from the Modern Family chose to stay traditional in  a suave Dolce & Gabbana tux and bow tie,  but didn’t want to appear to stuffy so opted fora playful checkered pocket square. If its  tuxedos you like take a look at a wide variety at Farfetch. 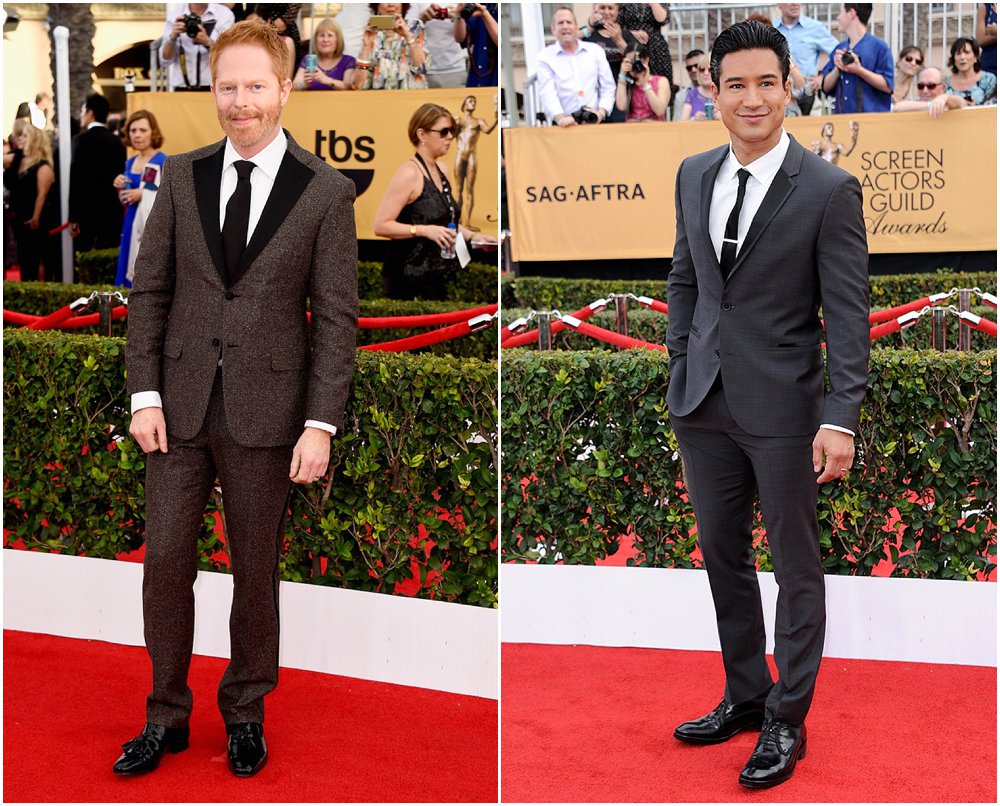 If you are after something with a little colour, how about a custom textured Hickey Freeman tux worn by Jesse Tyler Ferguson on the left. Tweed has been popular since last season and to give you an idea what you can have at the entry level head to Asos for some versatile ideas. For a more modern, urban look Mario Lopez rocked a slim fit charcoal suit. For those of you who can wear a slim fit suit  take a look at Moss Bros where you can hire or buy.