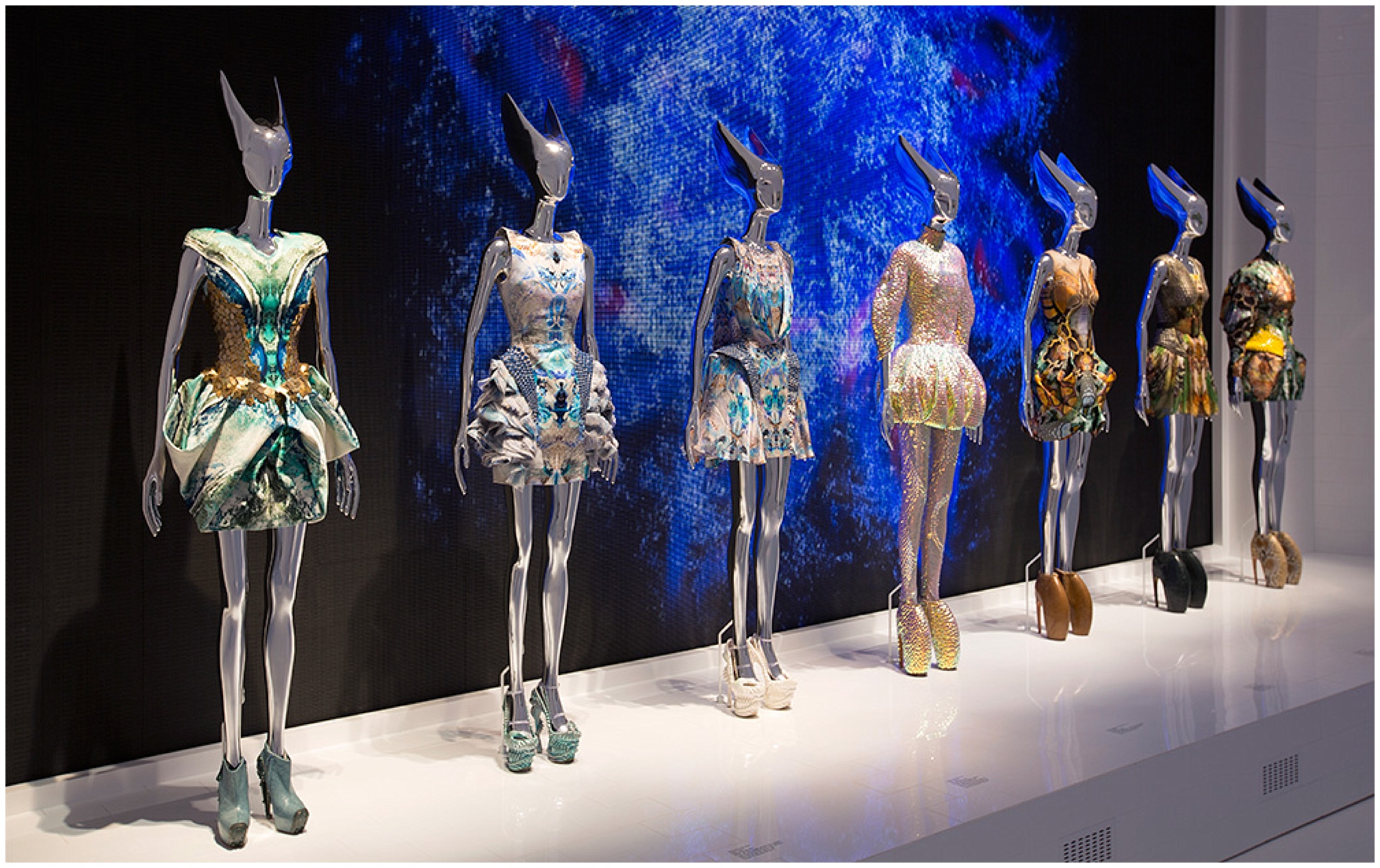 Hello lovely readers, “fashion is a big bubble and sometimes I feel like popping it.” Those are the words from remarkable designer Alexander McQueen and gives you a real taste of what awaits you at another extraordinary exhibition at London’s Victoria and Albert Museum.

Savage Beauty really is something else, from McQueen’s 1992 MA graduate collection through to the unfinished A/W 2010 collection, you’ll be treated to a parade of designs that are presented with as much drama as any of his catwalk shows.

The exhibition is split into a number of sections, giving a real structure to the show. I loved ‘Romantic Nationalism’ that highlights how McQueen often used his family history; particularly his Scottish ancestry, which he admitted, meant ‘everything’ to him. The immaculately tailored tartan dresses, the tweeds and furs combined with antique, aged lace from a 2006/07 collection would still look great today given our adoration of all things country but when combined with a bird’s nest headdress adorned with Swarovski gems, you’re faced with McQueen’s bold, almost unnerving use of natural elements in his designs. 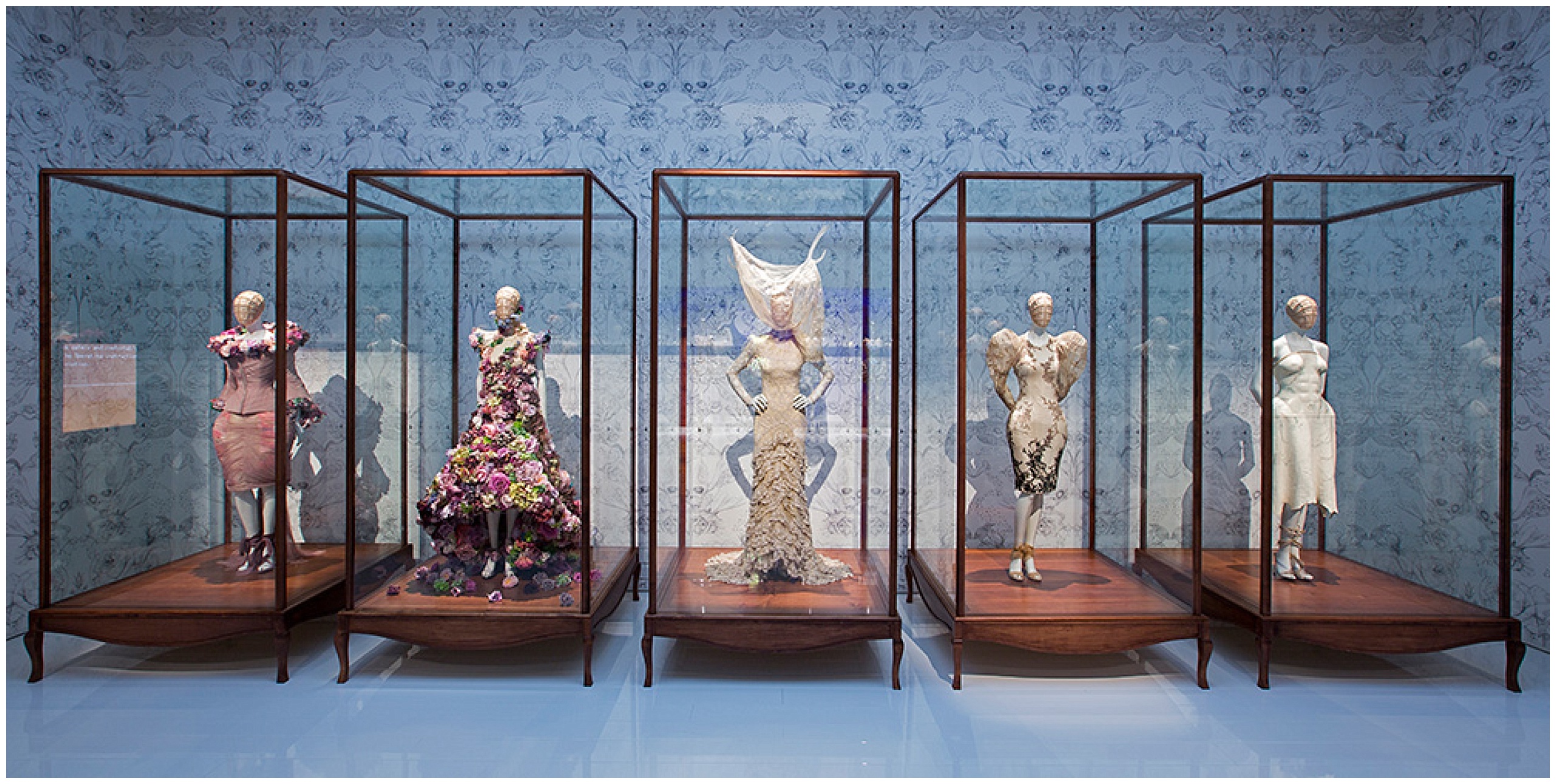 This compelling and fascinating mix continues – a tulle and lace dress that would look stunning on a bride is finished with a veil held up by antlers, another dress is covered with razor clams and the famous Sarabande from McQueen’s S/S 2007 collection used real flowers that withered and died as they fell onto the catwalk. That said, there are other dresses that you could wear right now to an event or special occasion and look fantastic. As wild as some of the designs are, there’s a commercial, wearable vibe running throughout the show. 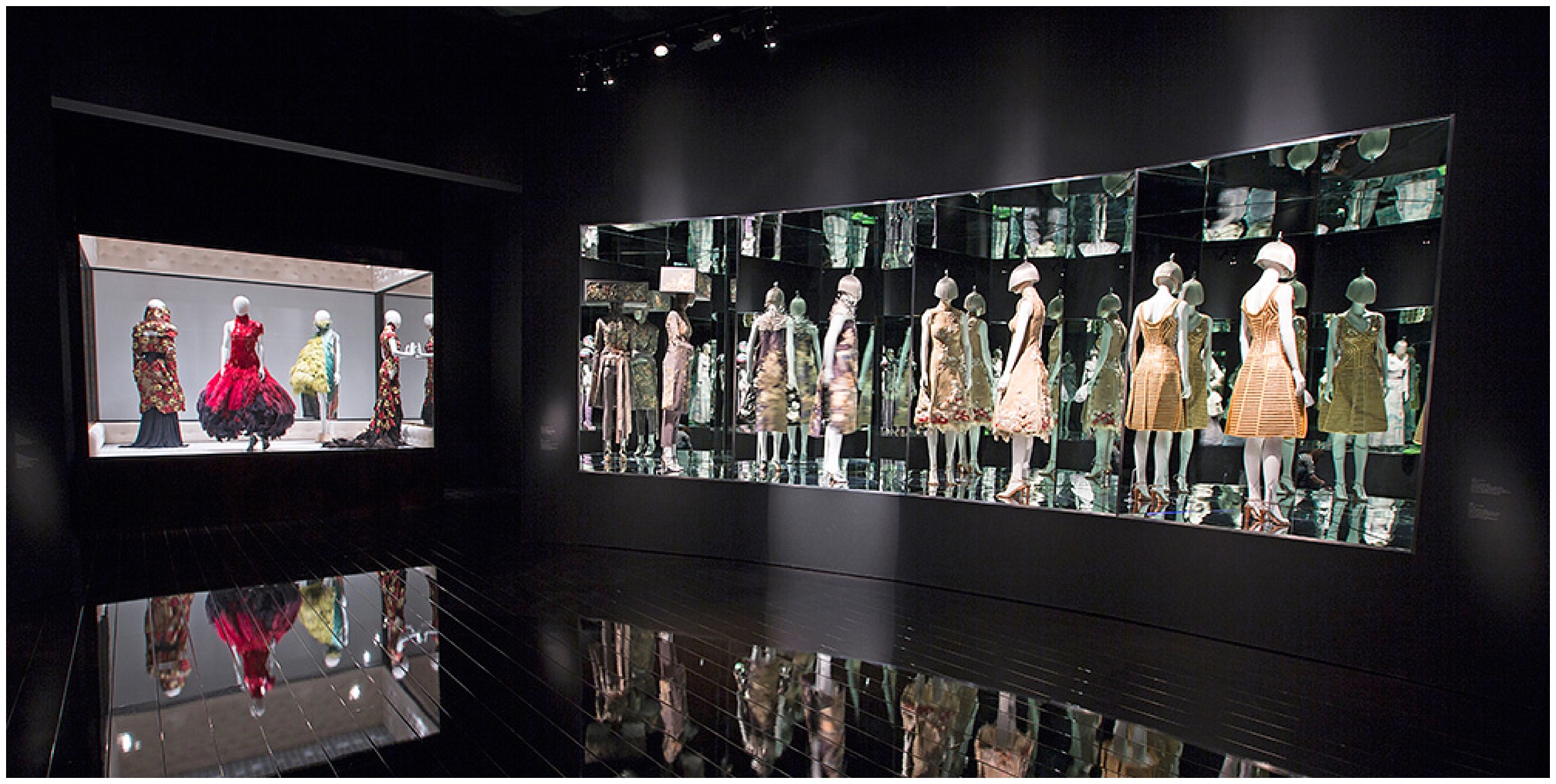 Alexander McQueen: Savage Beauty runs until 2nd August at the V&A in London and an additional 12,000 tickets have just been released for around-the-clock opening from Friday 24th –Sunday 26th July and Friday 31st July until the final closure on Sunday 2nd August at 11pm. Booking is absolutely essential for this exhibition and you can secure your ticket online.

All images copyright of the Victoria & Albert Museum, London.